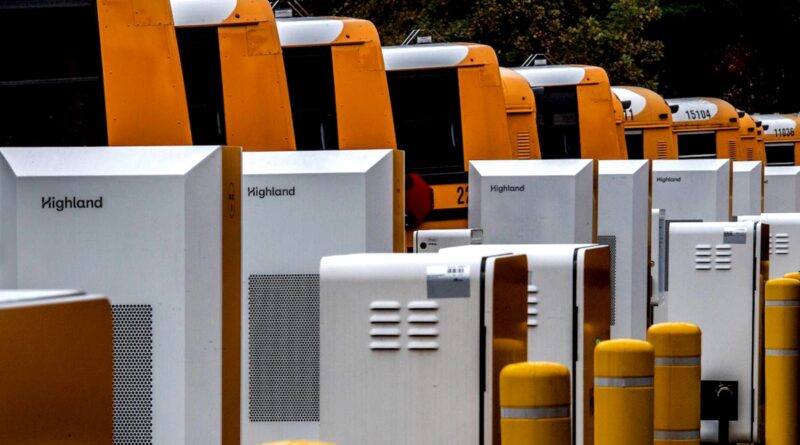 A common smell of American childhood, the diesel fumes wafting through yellow school buses, may soon be obsolete, as school districts across the nation turn to electric buses amid falling costs and growing concerns about global warming.

Within a decade, advocates say electric school buses will supplant the old polluting ones.

Proponents argue that school transportation is a natural candidate for electrification, since the buses operate on fixed routes with regular breaks that can be used to charge batteries. They say the children most dependent on school buses to get to classrooms — students of color and lower-income families — also suffer disproportionately from asthma and other illnesses that are worsened by constant exposure to diesel fumes. Studies also show that exposure to pollution worsens school performance.

When the buses aren’t in use, they can feed electricity back into the grid during hours of peak demand, acting as giant batteries that spare power companies the need to fire up extra coal-fired plants during hours when solar, wind and other renewable sources aren’t creating enough juice. Highland plans to start doing that in Montgomery Country later this school year, earning money from Pepco in the process and further reducing its costs.